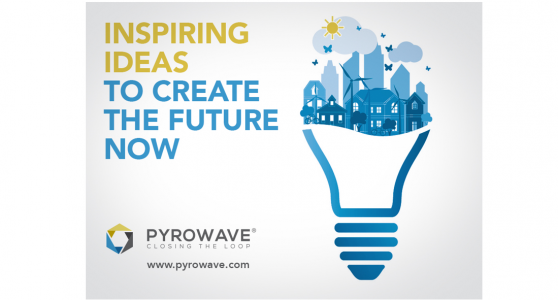 Op Ed from Jocelyn Doucet, CEO of Pyrowave - Sustainability is our only Hope

Sustainability is our only Hope

Back in the 19th century, the idea of progress meant being able to see through the night. First relying on whale oil as a source of illumination, it was later displaced by other types of gas lamps until the lightbulb was invented, replacing fire as a source of illumination once and for all. As progressive as it looked, the adoption of the electrical lightbulb came with a lot of resistance throughout the economy. First, it was displacing a strong and lucrative gas lighting related business, thus threatening thousands of jobs. Second, the lightbulb was seen as capital intensive and hard to scale since it relied on an electrical infrastructure, yet to be built, to support its rollout.

Some decades later, the business community saw beyond the lightbulb and realized the many vertical implications of this innovation. The adoption of the lightbulb would eventually result in a major transformation of the economy, such as enabling night shifts and increasing productivity. Displacing the gaslight industry did not destroy jobs: it rather created new jobs. The immediate benefits of this innovation created a growing demand for electrical lighting and a demand for an electrical infrastructure. Electrification became the backbone of a transversal theme that shaped the 20th century, which spurred research and innovation and became transverse to every sector of the industry.

We now realize that what may prevent us from surviving and see through the night is the destruction of our environment. We are realizing that our quality of life is strongly affected by the deterioration of natural ecosystems. Therefore, our modern idea of progress should make sure we live in a world that can sustain itself forever in harmony with our environment, and not only focus on our individual comfort. That means sustainability should be the new transverse theme that will shape the 21st century.

This 21st-century vision can be inspired by Nature itself. Nature evolved by selecting and developing technologies that reuse more efficiently all resources through sunlight conversion. Sunlight is the only energy needed to keep our planet—a closed system—alive. Nature came up with photosynthesis as a process to capture sunlight energy and power synthesis of sugars to form biomass. Biomass becomes food for animals and humans. Food is the way nature found to store solar energy! As complex as it is, life is a series of interrelated technologies forming various ecosystems in equilibrium, feeding each other and reorganizing with the help of energy delivered from the outer space.

Life is the transversal backbone of Nature and represents the ultimate masterpiece of sustainability as it has been around for billions of years. It represents the ideal we should aim at to shape the development of our 21st century civilization. Life is Nature’s billion years’ response to the sustainability problem and we must learn from it. We cannot create life, but we can help and protect life, and also get some inspiration from it. Clean technologies adopting the principles of the circular economy and solar energy as primary power sources are therefore key to this new economy. And solar energy implies all the derivatives like hydropower (which is mostly the energy carried by water evaporated by the sun) and wind power (produced by difference in temperatures between atmospheric layers).

We need to change, there are ways to change, and it is time to change. However, our current economic system inertia contributes to the resistance to change. Between the electrical revolution of the 1880s and today, the global population increased by a factor 10 and the World GDP (in constant dollars) was multiplied by 100. If it was difficult, at the time, to see electrification take its place, it is now 100 times more difficult to see another transformative evolution of our economy. The increased population and a growing economy shaping our consumption behaviour are stressing the need for more resources and energy. It is also creating a huge pressure on our environment, which eventually puts our own existence in jeopardy. We indisputably need a transformation of our economy that radically changes our consumption behaviour, our energy production strategy and the way we deal with waste.

What we see is that the economy is unable to take this wide shift on its own because of the disproportionate apathy that froze progress in the past, in part driven by greed and wealth accumulation. Therefore, the economic crisis triggered by this unprecedented pandemic offers a unique opportunity in history to challenge the status quo as a lot of accumulated wealth will change hands or disappear. Now is the time to enforce stronger policies and invest massively in the economy of the future to create new opportunities for future generations.

Sustainability principles will be the new foundation for the evolution of the 21st century. It will force us to change our consumption behaviour and develop and implement new technologies that can harness the energy from the sun and reuse our waste, just the way Nature does it. To make sure this change occurs and to overcome the inertia of the economy, there is a need for stronger policies and strategic economical support for progressive innovations. This transformation will certainly change our world and scare those who benefit from the status quo. We need new types of leaders with a sustainability backbone. We have to control our fears and create the future now so we can make sure there is a future to be seen.
Share on: